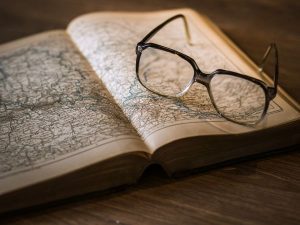 Hello everyone! In this blog post, I am covering how penis enlargement works and referencing some proof and science through an article showing actual research.

One of the most challenging things to overcome in this market is the average consumers’ skepticism. It’s easy to understand why someone would be skeptical when it comes to how or if penis enlargement works. Even with the vast amount of information we all have at our literal fingertips thanks to our smartphones, the penis is a taboo subject. Because of this taboo, the penis is not usually taken seriously in regular conversation. The penis is joked about, spoken about awkwardly and usually in a ‘hushed’ tone.

Movies and television frequently joke about size, or using a penis pump because a guy is insecure (why does it have to be about insecurity??) When it comes to penis enlargement, it’s also usually joked about due to the taboo of the penis itself and also in large part because of the lack of willingness in the medical community to acknowledge that non surgical methods of penis enlargement actually work.

Even though, if you do your own research, you can find reports that even surgical penis enlargement is often less than satisfactory in long term results. There are plenty of reports of post surgical complications like infections, implant rejections and the need for removal of implants several months later. Just to name a few examples. This just goes to show you that even spending tens of thousands of dollars does not always guarantee a better outcome.

More often than not, a guy is told to just be happy with what he has because penis enlargement isn’t possible, learn to use it better, learn to use his tongue or fingers, etc.

I am here to help provide some light at the end of this often confusing tunnel of information and explain how penis enlargement works.

First of all, penis enlargement is in fact possible. It’s not through improved health and diet, or a “magic” supplement that costs a few dollars a bottle (including the label and bottle) to make and 10X that to you the consumer to buy. It’s also not going to come through expensive and very risky surgery.

Penis enlargement works through a relatively simple in practice, but complicated to understand by the average person concept called “tissue traction”. Tissue traction is simply a repeated, or a continuously applied stretching force on tissue. IE: skin, muscle, even bone. One of the easiest types of tissue traction for most people to visualize is dental “braces” or clear aligners.

One of the most popular brands people recognize currently being, “Invisalign”. With braces, or clear aligners, you put a low level of traction or pulling force on the teeth and little by little, the teeth are literally pulled through the surrounding maxillary (upper), or mandibular (lower) bones of the mouth into new positions.

Stop and think about that for a moment. If you can pull bone through bone into new positions slowly over time; doesn’t it make sense that you could use a similar method to pull soft skin and erectile tissues into longer positions?

Seems like you could to me. Logically speaking it makes much less sense that you could not!

So, let’s see some actual research showing how penis enlargement works. The article below shows how Penile Traction Therapy can be used to straighten, as well as lengthen the penis in treatment for Peyronie’s disease.

Here Is An Excerpt From The Article:

Penile traction therapy (PTT) is a new therapeutic option for men with Peyronie’s disease (PD). However, it has a long history of use in other fields of medicine including bone, skin, skeletal muscle, and Dupuytren’s. Mechanotransduction, or gradual expansion of tissue by traction, leads to the formation of new collagen tissue by cellular proliferation. As a molecular result, continuous extension of the fibrous plaque causes significant increases in collagenase and metalloproteinases, and, ultimately, to fibrous plaque softening and extension. This hypothetical knowledge has been supported by recent well designed experimental studies. Furthermore, several clinical papers have provided promising results on the use of PTT in PD patients. It has been shown in some series that the use of PTT significantly increases flaccid and stretched penile lengths and results in significant penile curvature improvement when compared to baseline. Furthermore, the use of PTT concomitantly with either verapamil or interferon α-2b has also been shown to be an effective therapy. Additionally, the beneficial effect of PTT on penile length before or after penile surgery in men with corporal fibrosis has been described. Finally, as a minimally invasive alternative treatment option to penile augmentation surgery in men with dysmorphophobia, PTT use has shown promising results by several experts. Studies have shown that PTT provides an acceptable, minimally invasive method that can produce effective and durable lengthening of the penis in men complaining of a small/short penis. There are, however, several criticisms related to the designs of the reported studies, such as small sample size and selection bias. Well-designed studies with larger numbers of patients and longer follow-up periods are, however, needed to establish the true benefits of PTT.

Peyronie’s Disease (PD) is manifested by the development of a fibrous inelastic scar within the tunica albuginea, which can lead to penile deformity, penile curvature, shrinkage, narrowing, hinging, shortening, and painful erections. These symptoms subsequently cause painful and/or unsatisfying sexual intercourse (1–7).

(Read the rest in the article above)

As you can see, if you simply do some looking around online, there are in fact medical studies showing penis enlargement works! For the sake of brevity, I won’t keep droning on. I have other blog posts on my site if you want to read more, or you can do your own digging around online. I suggest looking on Duck Duck Go, or Reddit for less censored results.

My own product Malehanger is designed based on my personal knowledge and personal experiences enlarging my own penis (currently) two and a half inches longer and one and a quarter inches more in girth over the last several years. Malehanger uses weights to apply the traction force for penis enlargement.

As always, thanks for taking the time to stop by and read!